Skip Navigation
You are here: Home » Legal and illegal highs - They're anything but safe » The facts 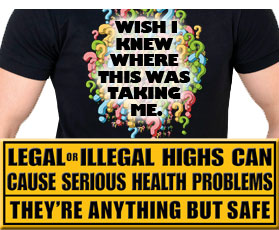 ‘Legal or illegal highs’, ‘head shop or herbal highs’ are names given to psychoactive substances (drugs) that may be on sale through shops that sell drug-related products (head shops, hemp shops) and other shops such as sex shops or tattoo parlours. The sale of these products in shops in Ireland was banned in 2010. They can also be bought on the internet. These drugs are sold as alternatives to drugs such as cannabis, ecstasy, cocaine, LSD, amphetamines and heroin.

There are several hundred types of these drugs, that we know of, available. These include drugs that act as:

Some are herbal, meaning they come from a plant. Others are synthetic, meaning they are man-made from chemicals. Most are a mixture of both herbal and synthetic products.

These drugs are all psychoactive substances, that means they alter how you think, feel and behave. Their effect on physical and mental health is unpredictable and there is a risk of becoming addicted.

There are four broad categories of Headshop Drugs:

Not for human consumption 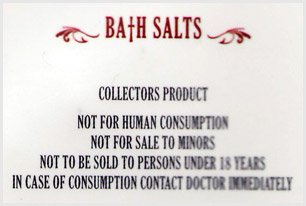 Many of these drugs on sale are labelled as ‘not for human consumption’, so that those selling and supplying these drugs can get around the law and avoid responsibility for any negative consequences or risks. Some drugs have legitimate uses in industry and animal care.

None of these drugs have been tested on humans for safety. We know nothing about the medium or long-term effects of using these drugs. Some or all of them could have dangerous side-effects.

If you do choose to use drugs, there are some things you can do to reduce the risks.

Having a bad experience?