Skip Navigation
You are here: Home » Drugs Info » About drugs » Drugs and the law

Drugs and the law 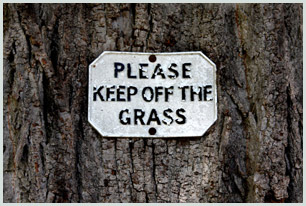 Drugs are controlled by different areas of law:

In the Misuse of Drugs Act, there is a difference between ‘possession for personal use’ and possession with ‘intent to supply’.

Possession for personal use

If you are charged with possession of drugs, you must convince the court that it was for your own "immediate personal use". In deciding this, they will consider how much of the drug was seized by Gardaí. The law doesn’t state a particular amount of drugs but it must be "tangible and visible". This means that you can be charged for possessing even the smallest amounts of drugs.

The court may decide that the drugs were not intended for personal use and that you planned to sell them or supply to other people. Money does need to change hands for you to be guilty of intent to supply. Usually it is the amount of drugs seized which determines what you are charged with. You do not have to physically possess them – you may be in possession of a drug which is in the hands of another person.

If the Gardaí have reason to suspect you have drugs,  they have the power to search you, your vehicle, vessel or aircraft without a warrant under the Misuse of Drugs Act.

The Gardai may arrest you without warrant if they have reasonable grounds to suspect that you have committed a crime under the Act.

You have the right to:
•    Ask why you have been stopped
•    At the end of the search, ask for a record of the search
•    Ask to see the garda’s warrant card if they are not in uniform
•    Not to be detained if you are under 18 without your parents or carers being contacted
•    If you are detained, to know why and have legal advice

Remember the law is there to protect you as well as for the protection of society as a whole. The Gardaí have responsibility to enforce these laws. You should never feel victimised or bullied by the Gardaí. If this happens you should report it to your local TD who will look into the matter.

Legal status of cannabis for personal use in different European countries