Skip Navigation
You are here: Home » Drugs Info » For teens » Know the score 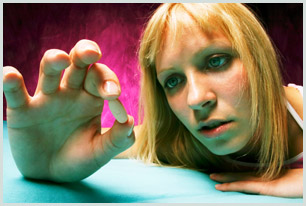 What are the effects of drugs?

Drugs can affect people in different ways. The main types of drugs will cause you to have lots of energy (uppers), cause you to relax (downers) or cause you to see and hear things differently (hallucinogens).

A lot of things influence the way drugs make you feel, especially:


The same drug can have different effects on you if any of these four things change.


How easy is it to get hooked on drugs?

All drugs have the potential to be addictive. The chance of becoming addicted after taking drugs once is quite low. You need to take drugs a number of times to get hooked on them. The type of drug you use and your reason for taking it in the first place are the key factors in whether you will become addicted. Some drugs are more addictive than others. You should find out about the addictive nature of different drugs.

Some of the signs of addiction include:

All drugs are different. All drugs have the potential for danger but some drugs, such as heroin and crystal meth, have a more serious long-term impact on your body. Keep in mind that because most drugs are illegal there's no way to control what goes into them – what you think you’re getting, and what you’re actually getting can be very different!

Why do young people use drugs?

There does not seem to be a definitive answer to this question. Throughout history virtually all societies have used drugs in some form or another. Today, around the world, the drugs and levels of use that are considered acceptable vary between countries and cultures.

There are many different reasons to explain why young people use drugs. Some of these are: