Skip Navigation
You are here: Home » Features » Talk to your child about drugs and new drug trends

Talk to your child about drugs and new drug trends

The HSE have developed practical advice for parents who are concerned about new drug trends among young people such as the use of nitrous oxide and cannabis edible products which have been an emerging concern for parents. 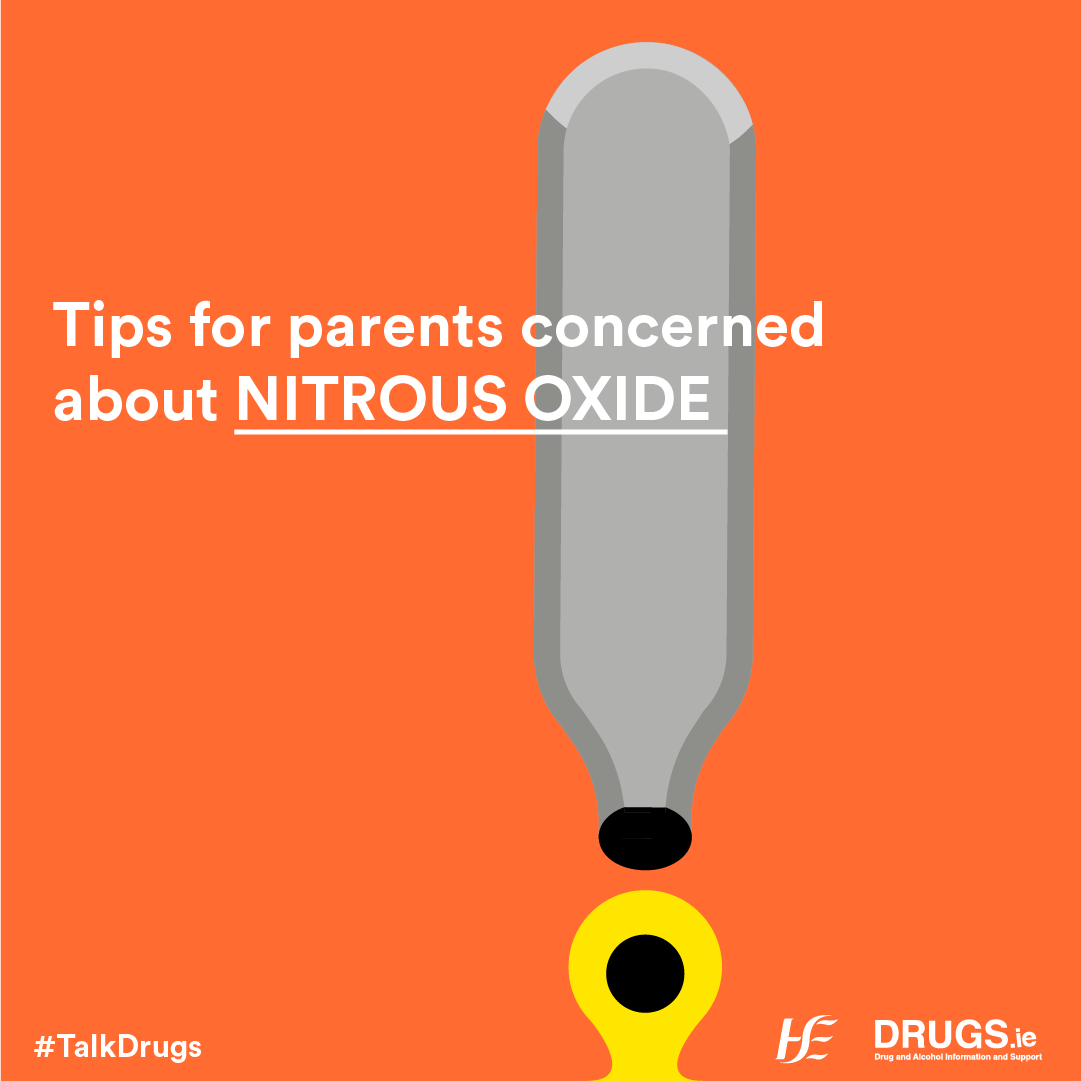 Young people and drug use

Adolescence is a period when young people come into contact with new ideas and behaviours. It is a time to “try out” adult roles and responsibilities. The desire to take on more independence may see young people seeking to explore what they or their peer group view as more ‘grown up’, interesting or new ideas which could include substance use. At the same time as these new issues are emerging, it is important to recognise that the young person’s brain is still growing from the ages of 12 until their mid-20s. Using alcohol or drugs during this time can damage the growing brain, causing long-term emotional problems and difficulties with learning, planning and memory.

Substance use (or other behaviours) of peers, as well as rejection by peers, can be important influences on the behaviour of young people, although the influence of parents still remains very significant – parents matter!
Research shows that young people view their parents as credible sources of information and are influenced by parental beliefs and behaviours. By parents initiating drug awareness discussions, it means they can create an understanding that the topic of drugs and alcohol is open for discussion in an honest and compassionate space.

Research shows that the earlier young people get involved with alcohol and drugs, the greater the risks both in the short and longer term. In light of these many risks, it is appropriate for parents to maintain an expectation that their children avoid alcohol until an appropriate age and avoid drug use. As with any rule or expectation, many children will at times fall short of the safety standards that we set.

The most commonly used substances in Ireland are alcohol, cannabis, ecstasy and cocaine. New, different trends may emerge from time to time among different groups of people. These novel trends may be reported extensively in the media and generate a lot of attention. Last year year one such trend was in relation to Nitrous Oxide, although another trend could easily replace this in the coming months. Whatever the specific trend, the appropriate general principles in responding to drug use remain broadly similar.

I'm concerned about nitrous oxide – what is it?

Nitrous oxide is a gas that’s commonly found in pressurised canisters. The gas is usually transferred from these canisters into balloons to inhale. People use nitrous oxide to feel a quick rush or ‘high’ which can make them feel intoxicated, giddy and want to laugh. It can also make people feel calm, relaxed or less anxious.

Nitrous oxide has a number of medical and industrial purposes such as use by dentists or administration during child birth. It is also used in food preparation, and much of the media attention has focused on the canisters used as part of whipped cream products

Parents may have seen the term ‘hippy crack’ used by some media in the UK and Ireland. This term is misleading, confusing and potentially frightening as nitrous oxide has nothing in common with drugs like ‘crack cocaine’. However, we are not aware of young people using this term themselves. Common names are ‘laughing gas’, ‘balloons’, ‘whippets’, ‘chargers’.

We know use is more dangerous if: