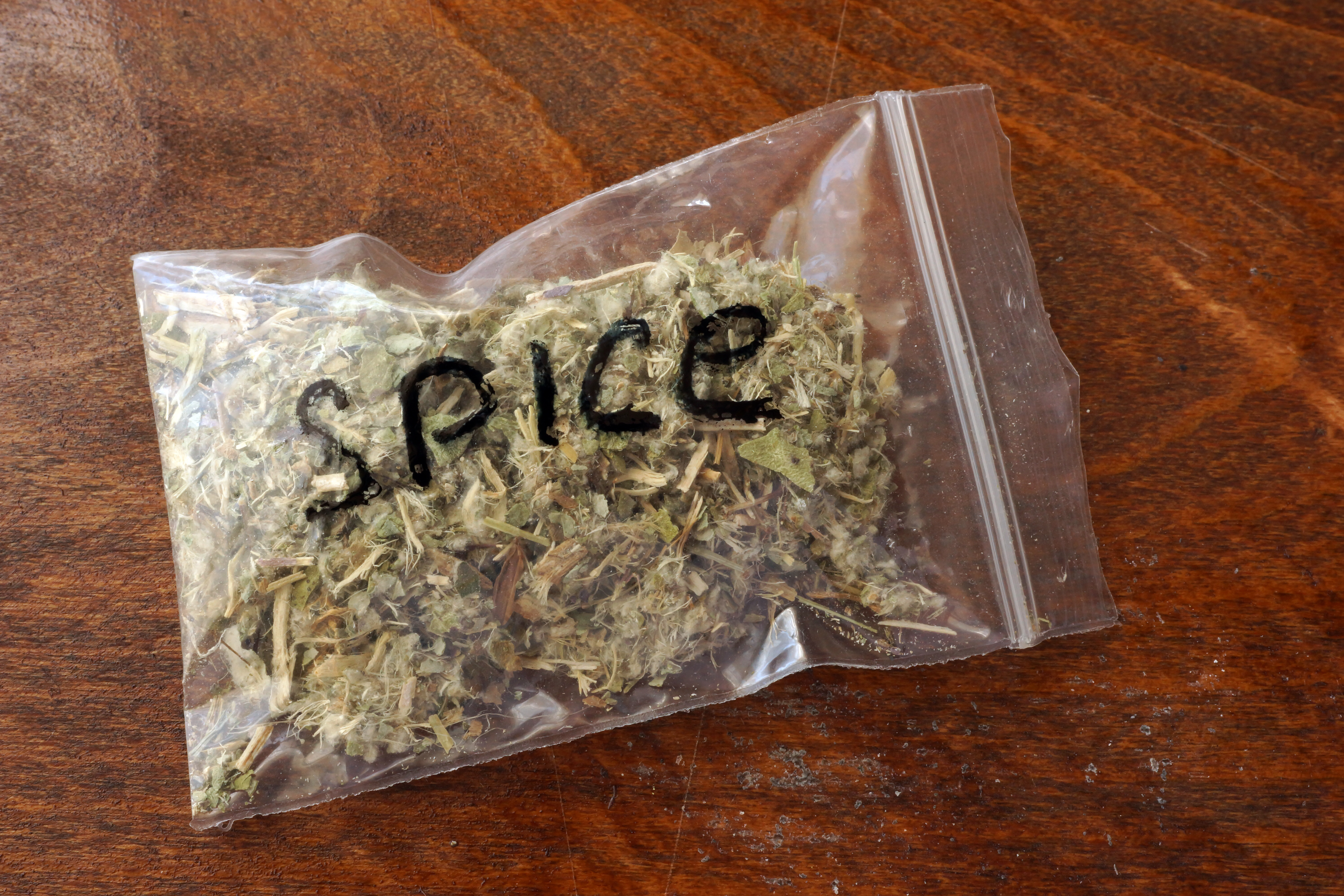 Synthetic cannabinoids are a growing family of man-made chemicals that mimic the effects of THC, the main psychoactive constituent in cannabis. Like THC, they bind to the same receptors in the body.

These products do not contain cannabis but are intended to produce similar, more potent effects. However, they should not be confused with cannabis.

Synthetic cannabinoids are known to be highly potent which increases the risks for people who use. Limited information is available about how these substances work and their toxic effects in humans. However, their use has caused many serious poisonings and even deaths internationally. There have also been outbreaks of mass poisonings due to their use.

Most synthetic cannabinoids are commonly produced in the Far East and exported, usually in powder form. Synthetic cannabinoids became well known when they were legally sold in Head Shops and online with people seeing them as a cheaper option. Their legal status may have caused confusion regarding their safety.  Following legislative changes in 2010, these substances are no longer available in shops in Ireland. They then began appearing on the Irish and EU drug market.

They are commonly sold as herbal mixtures to smoke. In pure form synthetic cannabinoids come as oils or solids.

They are most commonly sprayed on plant matter and produced as herbal mixtures to smoke. When sold on shops online, there are many different brands and names for these products.

Paper products are sprayed or dipped in powdered or liquid versions. We are aware of these products from their emergence in prison  settings in Ireland.

They can also present as e-liquids for use in e-cigarettes. This may occur without the person knowing since the product may be sold as ‘THC vape’. These substances have recently appeared in vape products in Europe.

These substances could appear in cannabis (hash or weed) without the person knowing, they have also been found in other substances such as MDMA crystals in the UK  leading to hospitalisations as well as in 2 CB powder which was identified by the drug checking service The Loop in 2019.

In November 2020, The Public Health Agency in Northern Ireland issued an alert regarding the identification of synthetic cannabinoids 'Spice' in vaping products.

Most often, they are smoked in a similar way to cannabis, by rolling in in a ‘joint’ or ‘spliff’, as a vape liquid or consumed in a brew or tea.

Drugs can effect each person differently. The effects will depend on personal factors such as your physical and mental health as well as the dose and potency of a substance. Below are common effects and risks.You are more likely to experience negative and harmful effects from synthetic cannabinoids compared to natural cannabis. You could react differently to different types of synthetic cannabinoids

You can become dependent on synthetic cannabinoids with regular use. For some people using frequently, dependence could develop quickly.

Tolerance can develop with regular use meaning more is needed to get the same effects. Symptoms of withdrawal have also been reported. Withdrawal symptoms could include mood change, cravings, headaches, anxiety, irritability and depression.

How long does it stay in your system?

This can vary based on a number of factors including your own metabolism, which synthetic cannabinoid was used, how much was used as well as the potency of the substance. Get more information about the duration of substances in your system here.

Find information on reducing the harms if you choose to use synthetic cannabinoids here.