Skip Navigation
You are here: Home » Alcohol Info » Young people and drink » What are the signs and effects?

What are the signs and effects? 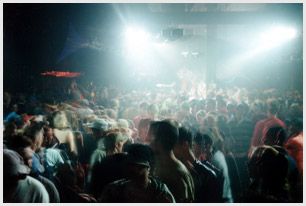 What may be some signs that my teenager is drinking?


There are a number of signs that your teenager may be drinking:

Some of these signs may be similar to the normal behaviour changes that teenagers go through, so it is important not to jump to conclusions.


How can alcohol affect my teenager?

The main causes of death among 16 to 25 year olds are accidents, suicide and violence. Alcohol is often involved in these cases.

There is a definite link between drinking alcohol before sex and not using contraception. This can lead to crisis pregnancy and an increased risk of getting a sexually transmitted infection (STI).

When teenagers are ‘hung-over’ they are experiencing a type of alcohol poisoning. They become dehydrated and as a result, feel sick, have headaches and become irritable.

Teenagers who use alcohol may remember less of what they have learned. This has knock-on effects at school, especially around exam time. Alcohol use can be the result and cause of difficulties at school. It can also hinder the development of other skills, such as decision-making, personal and social skills.