Skip Navigation
You are here: Home » Legal and illegal highs - They're anything but safe » National awareness campaign

The HSE has unveiled a new national campaign on the dangers of legal and illegal drugs. The campaign is entitled ‘Legal or illegal highs - they’re anything but safe’. The campaign is seeking to raise awareness of the dangers and significant negative mental and physical health effects that can be caused by these psychoactive substances.

Along with recent legislation introduced by the Government prohibiting the sale or supply of psychoactive substances, this public awareness campaign forms an important part of tackling what has become a serious public health issue.

The campaign features a number of important messages which illustrate the ill-effects that can be caused by these substances. Legal or illegal highs can cause paranoia; impotence; kidney failure; heart problems; seizures, death or make you act like a fool - they’re anything but safe. These messages will feature on radio ads, in cinemas, washrooms in bars and clubs and at festivals over the summer.

A range of resources have been developed to be used in washrooms in bars and clubs and at festivals over the summer highlighting the health risks associated with using legal or illegal highs. Click on each poster to see a larger version 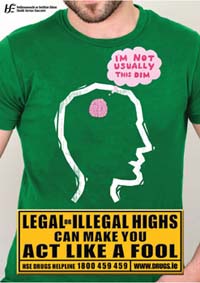 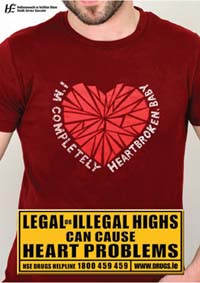 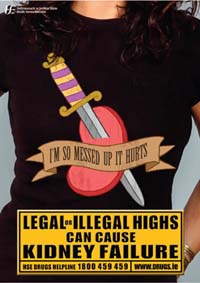 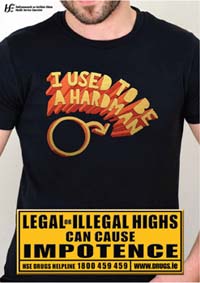 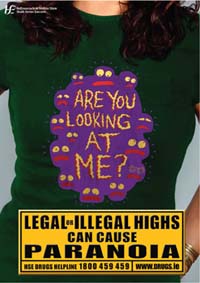 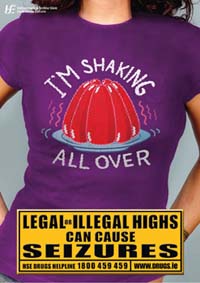 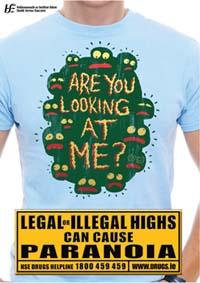 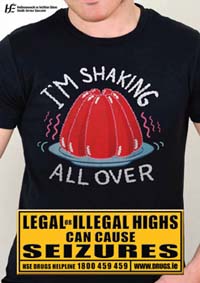 Two publications have been produced as part of the National Awareness Campaign, a wallet sized leaflet providing information about legal and illegal highs and an information booklet for parents. You can download these publication here

A section of drugs.ie has been developed to provide information on legal and illegal highs. This includes Video FAQs in which health professionals answer a range of questions. www.drugs.ie/legal_and_illegal_highs