A head shop owner who stored a cannabis-like chemical substance was told yesterday that her offence “merited” a few days in jail.

Judge James O’Connor lashed out at head shops and described them as targeting the “most vulnerable”.

Stone, aged 47, from Kilnapogue, Kealkil, Bantry, Co Cork, pleaded guilty at Killarney District Court to possession of the unlawful substance and having the controlled drug for sale or supply at the Funky Skunk on Jan 30, 2012.

Legislation was brought in in 2010 to control the sale or supply of certain substances in head shops.

Judge O’Connor said that “all these head shops” had been a major source of worry for years before the legislation was brought in.

“Hers was not a chemist shop. There was no need for such shops.

“These things destroy people’s health and the most vulnerable are affected. It’s up to her to clean her shelves of substances outside the law. 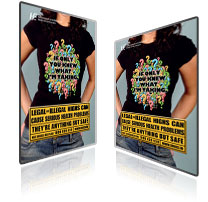