BT Young Scientist Exhibition: A statistical study of the public’s attitude towards testing drugs for contaminants at music festivals – before and after being informed of this harm reduction method.

We would like to congratulate Transition Year Student Caoimhe Lynch from Kinsale Community School for receiving a highly commended rosette for investigating the publics attitude towards testing drugs at music festivals. 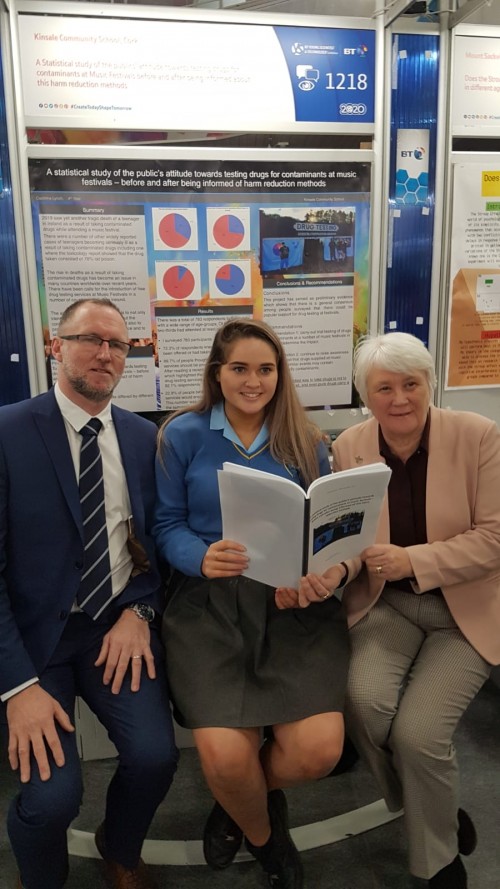 For this project, Caoimhe received a total of 783 survey respondents. Of these, almost two-thirds had attended at least one music festival. Some of the key findings were as follows:

Caoimhe's project demonstrate that there was a large majority of respondents in favour of providing free testing of drugs for contaminants at music festivals in Ireland.