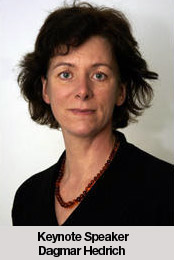 This feature focuses on to the upcoming National Drugs Conference which will be held in The Radisson Blu Royal Hotel Golden Lane, Dublin 8, 4th & 5th November, 2010.

One of the conference organisers, Tim Bingham, a drug education worker from Co. Kerry, discusses the upcoming conference with drugs.ie. In doing so, Tim provides some general insights into the conference and also shares some of the hopes and visions that a conference of this nature can aspire to.

Full conference programme and registration details are provided below.

The Irish Needle Exchange Forum (INEF) was established by Tim Bingham in the latter half of 2008. In November 2009, the INEF held its inaugural conference in The Malton Hotel, Killarney, Co. Kerry.

Speaking in relation to the origins of the forum, Tim explains, “The INEF was loosely based on similar (and well established) services operating outside of Ireland. It was established to actively develop, support, and sustain a network of high quality, comprehensive needle exchange and other harm reduction services across Ireland.”

Last year’s conference proved a popular event, with over 150 delegates in attendance.

Feedback from last year’s conference has subsequently prompted the organisers, now working closely with an advisory group, to take a different direction this year.

Speaking about a wider prospect of these two models converging, Tim enthuses “If you look at services in the UK, there is a fresh model starting to unfold. Traditionally, we have seen harm reduction services working in one area, and abstinence based services working in another area, and they haven’t really been communicating as much as they could be. One of the challenges is in how these services can work together, by bringing them both together.”

Minister Pat Carey
Appointed Minister Community, Equality & Gaeltacht Affairs in March 2010. who has the responsibility of overseeing the development of the  National Substance Misuse Strategy

Stephen Bamber - Recovery and Harm Reduction: Strangers, Rivals, Partners or Friends?
Stephen Bamber is  based at Liverpool Hope University, where his research interests lie at the intersection of addiction, spirituality, and recovery and extend into policy, practice and critical theory. Stephen’s eclectic past informs his present. With a personal history of chronic substance use, homelessness, and experiencing (on both sides of the fence) the best and the worst of the UK’s drug treatment services, Stephen is a passionate advocate of recovery as a central organising and motivating principle for UK drug services. He authors &ldquoThe Art of Life Itself” blog dedicated to progressive thinking in addiction and recovery.

Dr David Best - What does recovery mean for Harm Reduction
Dr David Best is Reader in Criminal Justice at the University of Western Scotland. He was a senior lecturer in addictions in the department of psychiatry at Birmingham University, and worked for Birmingham DAT.

Dr. Scott Kellogg - Gradualism and the Building of the Harm Reduction-Recovery Continuum
Scott Kellogg, PhD, is a Clinical Psychologist and a Gestalt-trained Schema Therapist who works as a psychotherapist and supervisor at the Schema Therapy Institute in New York City. Currently a Clinical Assistant Professor in the Department of Psychology at New York University, Dr. Kellogg is the past President of the Division on Addictions of the New York State Psychological Association, a board member for the Institute for Professional Development in the Addictions, and a co-director of the Harm Reduction and Mental Health Project at New York University

Mat Southwell Ticking Boxes or Transforming Relationships - A commentary on the meaningful participation of people who use drugs
Mat Southwell is a drugs specialist with both professional and experiential expertise who has a particular expertise in management, organisational development and network building. Mat has run local, national and global networks of people who use drugs and is a recognised expert in drug user organising. He has also worked in the health and NGO sector within professional drug services and a senior manager and professional head of service.

Dr. Brion Sweeney - Brief interventions for substance misuse
Dr. Brion Sweeney practices as a psychiatrist in substance misuse in Dublin in the Health Service Executive and is Clinical Director for Drug Addiction Services for Greater North Dublin. Dr Sweene has been involved harm reduction approaches including needle exchange programmes, substitute prescribing since the early 90s and since 2000 with the development of care pathways for substance misusers. This has included research in brief interventions for alcohol and cocaine misuse and longer term detoxification and residential programmes for those who are opiate dependent.

Sandra Deleamere
Sandra Delamere, SRN, SCM, BNS, Msc Nursing, has been working in Sexual Health since 1987 and was accredited as the first Advanced Nurse Practitioner (Sexual Health) by the National  Council for the Professional Development of Nursing and Midwifery, in September 2002

Dagmar Hedrich
Dagmar Hedrich is a scientific analyst at the European Monitoring Centre on Drugs and Drug Addiction (EMCDDA), a Lisbon based, de-centralized agency of the European Union responsible for data collection and analysis on drug use and drug policies.

Pat O Hare - Harm reduction: past, present and future
The Honorary President of IHRA is Professor PatO’Hare who was the Executive Director of IHRA from its founding in 1996 until he stepped down in 2004.
Patstarted working in the drug field in the mid-1980s when he became Drug Education Coordinator for Sefton on Merseyside and then Director of the Mersey Drug Training and Information Centre in Liverpool. In 1989, he founded the International Journal of Drug Policy and was the Editor from 1990 to 2000. In response to the interest created by the innovative ‘Mersey Harm Reduction Model’, Patinitiated the First International Conference on the Reduction of Drug Related Harm in 1990.

Dave Gordon - young  people,  needle exchange and vending machines
Dave Gordon is Team Coordinator, Harm Reduction Unit, inSouthampton hehasbeen working in the field for over 15 year andstarted as a youth worker. He joined the NHS, delivering prescribing services for IDU’s in Southampton, of which hebecame prescribing coordinator. In 2003 he completed a needs assessment for harm reduction services and 2004 opened a unit including wound care, inoculation programmes, health assessments and NXIn 2006 hewas presented an award by The Home Officeas practitioner of the year for his work managing the local needle exchange and for his tireless efforts to provide support for service users.. Since then he has continued to develop harm reduction services in Southampton.

Neil Hunt What does Har Reduction mean for recovery
Neil Hunt (MSc Social Research) is an Honorary Senior Research Associate at the School of Social Policy, Sociology and Social Research, University of Kent ; Honorary Research Fellow with the Centre for Research on Drugs and Health Behaviour, London School of Hygiene and Tropical Medicine; and, Director of Research for the treatment agency KCA (UK). He also works as a freelance researcher and trainer.

Danny Morris- Naloxone: Improving access, overcoming obstacles to it’s use and saving lives
Danny Morris has been involved in the drugs field for over 20 years. He works as a development manager for an NHS drug treatment service in the UK and increasingly as a freelance trainer, writer and consultant focussing on supporting services and users in initiating changes that focuses on the sustainable reduction of drug related harm.

Austin Prior - The 12 step model how relevant is it today
Born Sligo 1949 Educated St Nathy’s College, Ballaghereen, Co Roscommon, and University College, Maynooth. Worked in the Entertainment and Catering business for many years before joining The Rutland Centre in 2001 as an addiction Counsellor. He was appointed Continuing Care Coordinator in 2002, and was Interim Head of Treatment Services from mid 2008 to end 2009.  He is currently Head of Continuing Care and Deputy Director.

Scott Kellogg Workshop
Scott Kellogg, PhD, will lead a Transformational Chairwork Training from 6pm – 9pm Wednesday 3rd November 2010 at The Radisson Blu Royal Hotel Golden Lane Dublin 8.
A participant fee of €40.00 will apply each participant will be provided with a training manual that covers not only the basic principles of this technique, but also scripts for role-play and practice.”
More info

It is great to see so many people come together to discuss, such an important issue in our society today. exploring all the possible solutions and integrating all the different areas of expertise is Ideal.

These kinds of conferences should be held all over the world by political governments.