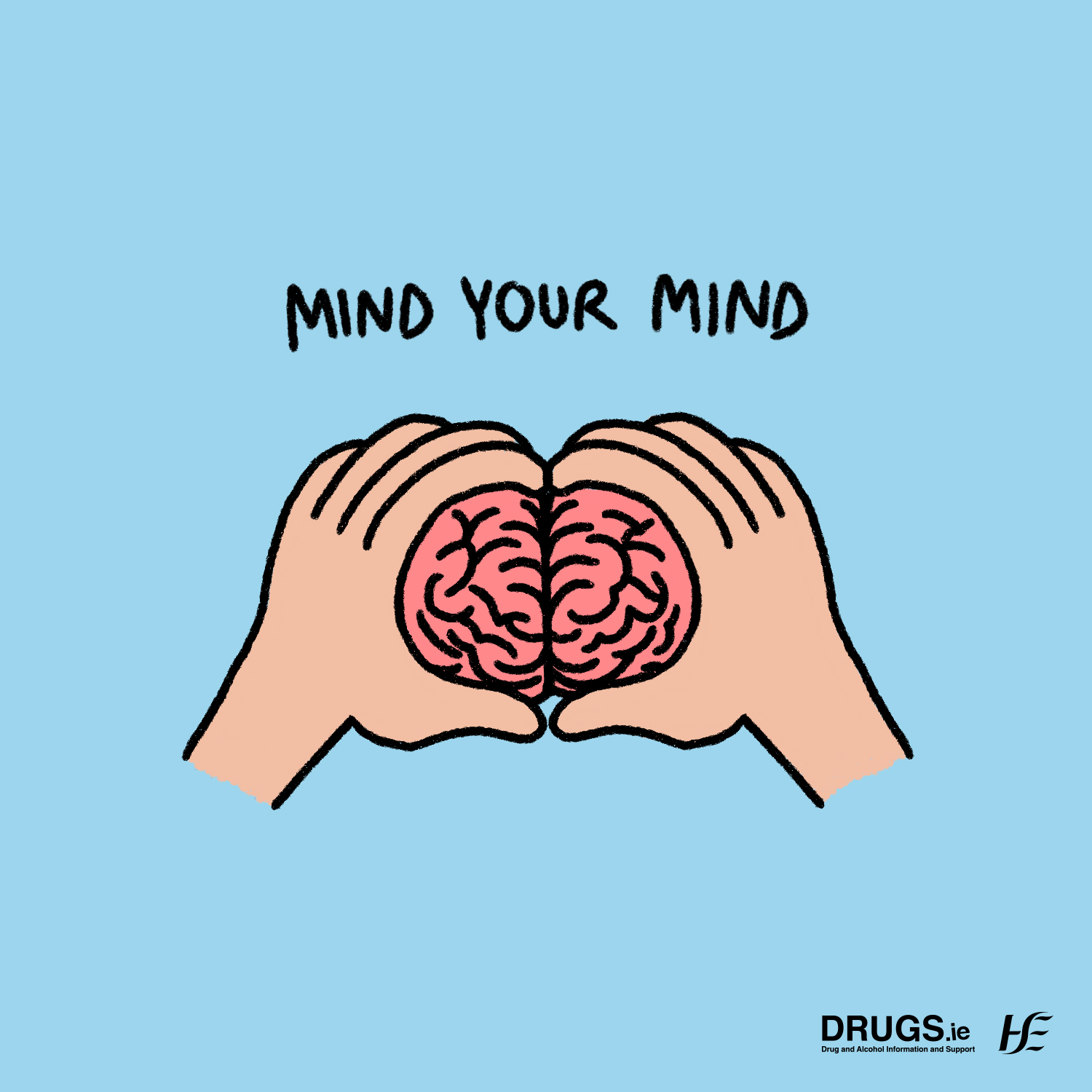 Each person’s mental health status is unique to them. Similarly, each person will have a different relationship with substances.The area of drugs and mental health is complex. Some people may be more at risk to experiencing negative mental health effects than others.

What causes a positive effect for one person may cause a negative effect for another. Even when the same person takes the same drug on different occasions, the effects can be different. Remember, what work’s for someone else may not be the right choice for you and your mental health.

What makes a person ‘at risk’ to negative mental health outcomes?

All psychoactive substances will influence mental health by impacting on mood, thoughts, feelings and behaviours in some capacity as part of the short term effects. Some people may choose to use for the effects on their mental health. Learn about the different types of drugs and their effects here.

How you react to a substance at a particular point in time can depend on the type of drug and it’s contents/potency, your starting point regarding how you are feeling and the condition of your mental health as well as the setting (alone, outdoors, in a nightclub, who you are with) you are in.

Other factors to consider are:

People usually consume alcohol and other drugs for their short term effects, experiencing an intoxication effect, or high or 'stoned' feeling. These effects can feel pleasant for minutes or hours. The short-term effects vary from person to person, but can also vary from one occasion of use to the next. People may also have unwanted short-term drug-induced side effects that they were not expecting. These are classed as ‘short-term’ effects because they pass when the drug leaves the persons system. The effects and length of time a person feel’s the short term effects will vary depending on your unique personal factors and the type of drug.

A drug ‘come down’

Some people can feel very low, anxious or depressed after using some drugs, particularly drugs like MDMA or cocaine because of the chemicals they change in your body such as serotonin and dopamine. This is known as a ‘come down’. A comedown is the process your body goes through when recovering from the effects of drugs, like a hangover is to alcohol. Learn more here.

Frequent use can have more longstanding impacts on your mental health such as anxiety or depression.
Psychoactive drugs may cause some people mental health problems. It is not clear why this happens to some people and not others but risks could be increased if you are using high doses frequently. It may also be that using has triggered concerns that you didn’t know you had, or the drug changes the way a certain chemical affects your brain functions. People could experience anxiety, paranoia, depression or other conditions.
Some people may use to cope with difficult emotions or experiences. Overtime they may find their relationship changes and they don’t interact with the drug in the same way. Some people may find they are struggling to cope with the effect of the longer-term drug use and will need to get support.

Drugs can trigger a ‘psychosis’ or ‘psychotic episode’ in some people. This means a person experiences hallucinations (seeing, hearing and feeling things that are not there), delusions (an unshakeable belief in something untrue), they have confused and disturbed thoughts and lack of insight of themselves. Psychosis is the most severe form of mental disorder and most cases are nothing to do with drug use.
A psychosis could be a direct cause of a certain substance, due to lack of sleep, triggered by an existing condition or be experienced as part of withdrawal from a substance. A drug induced psychosis could be a difficult experience for you and those around you. If in doubt, don’t be afraid to get medical help by calling 112/999.

Alcohol and other drugs can have very unpredictable effects on mood and also make people more impulsive. This can cause  some people feel suicidal in the short or the long term. The effects of some drugs could make existing feelings or conditions even worse. Some people may find the days after they use drugs difficult as part of a ‘come down’ or for some, external factors such as drug debt could cause them difficulty.