Skip Navigation
You are here: Home » Features » HSE update on patterns and trends

HSE update on patterns and trends

Earlier this week we provided an update at an EMCDDA webinar in relation to patterns and trends that have been reported to us between March - June from national service providers and peer networks.

We would like to thank the National Addiction Advisory Group, UISCE, Merchants Quay Ireland, The HSE National Drug Treatment Centre, Rialto Community Drugs Team, The USI for frequent updates as well as the multiple other professionals and organisations who helped us gather information during this time. By discussing trends and patterns it helped us quickly identify if there was potential areas of concern emerging as a result of COVID-19.

Overall, there has been no one clear national picture in relation to drug patterns or market changes. At present, the situation seems to change frequently in different areas.

Trends highlighted in the media during COVID-19

Patterns of use: Service user population

Patterns of use: Chemsex community 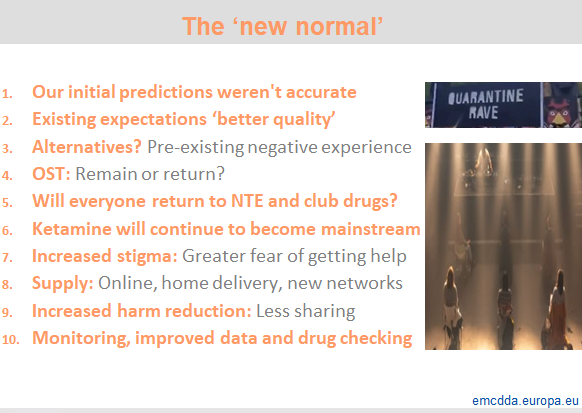