Skip Navigation
You are here: Home » Types of Drugs » About New Benzodiazepines 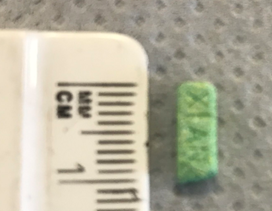 Benzodiazepines (benzos) are a group of prescription drugs used to treat anxiety and depression.

There are many different types of benzos. They range from short, medium and long-lasting.

They are sometimes called:

Risks of buying benzos without a prescription

There are a number of risks if you buy benzos from a dealer or online. Risks are increased if you are sold a new benzo which may be more potent and harder for you to dose.

Potency in low doses
Tablets/sticks can be more potenct in low doses which could be as a result of a newer benzo or a combination of substances in the product increasing the risk of overdose.

Tablets can state a brand name or dose, but you still don't know what is in them or how strong they are.

Mixed tablets
Tablets could contain the ingredient you want (Xanax, valium) as well as other substances. Some tablets analysed have been found to contain a number of substances in Ireland.

Reactions
You can’t be sure how you will react. You could have an adverse mental health reaction and episode of disinhibited behaviour.

If you have an existing mental health issue, you could be at greater risk. You could also feel suicidal after taking them.

Avoid using them to cope with difficult situations or if you have mental health concerns. Talk to your GP or another health professional.

New benzos have appeared within tablets/sticks on their own (for example, just Etizolam) or mixed with other substances pressed into one tablet/stick (for example Flualprazolam, Etizolam, Alprazolam).

Below are examples of what we have identified: