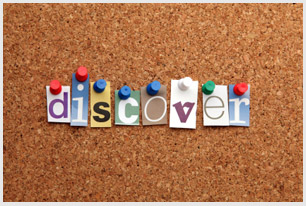 We have listed the major signs and symptoms for the following:

1. General signs of drug use

There are some general signs to watch out for which may be linked to drug use. Bear in mind that all of the signs listed below could be caused by many reasons other than drug use such as puberty, social changes or medical conditions. Try not to jump to conclusions about drug use, as you may be wrong and isolate your teenager even more.

You may notice some of the following but not everyone who uses this drug shows all these symptoms:

Comedown (after long time use):
May become even more reclusive, agoraphobic and scared of people, may behave more strangely, twitching eyes, tense neck.

Similar to amphetamines (above) but also look out for:

Comedown:
Unlike ecstasy and other amphetamines, in which the effects can last up to six hours, the rush of cocaine only lasts 2-3 minutes and the effects wear off in 12 - 13 minutes. The comedown effects are similar to amphetamines but are far more intense.

You may notice some of the following but not everyone who uses this drug shows all these symptoms:

Comedown:
May cause anxiety, restlessness.

After a fix or after smoking heroin the person will be ‘stoned’. Look out for:

Comedown: Runny nose and eyes, excessive yawning, very large pupils, agitated, can’t sleep, lack of energy, cranky, depressed, cold sweats or hot flushes, gooseflesh skin, overeating or under-eating, severe diarrhoea after constipation, nausea, dry retching which produces bile, constant knot in stomach, severe cramps in stomach and back of legs, ‘the shakes’ – spasms in arms and legs, violent spasms in the small of the back cause back to arch, panting, spontaneous orgasms in men and women